The 4th generation HIV test has the capability to detect HIV earlier than previous testing protocols as it detects p24 antigens. The identification of p24 antigens in the blood indicates the actual presence of certain HIV virus proteins. This is direct evidence that the blood contains the HIV virus. 4th generation testing detects HIV as soon as two to three weeks after exposure. 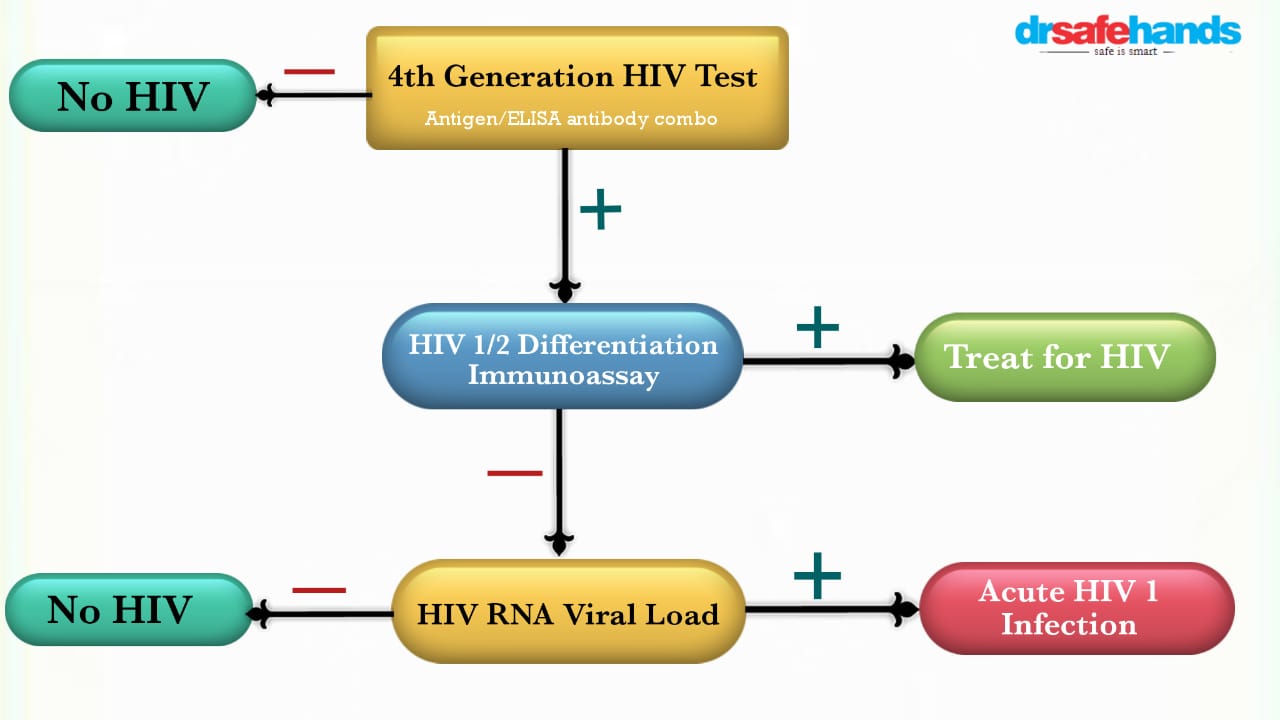 how to get tested for aids

what is the screening test for hiv

These are tests that check if you’ve been infected with HIV. The most common tests are- Antibody test, Antigen test and Antibody-antigen test. If the screening test is positive, follow-up/confirmatory test is done.

when to check for hiv/when to get tested for hiv

If you have had unprotected sex, shared injecting equipment or think that you have been at risk some other way, it’s best to get tested immediately or contact healthcare professional for further guidance. It’s important to test for HIV during pregnancy to know your status and avoid passing the virus on to your baby.

Also known as Fourth-generation HIV test, can detect both HIV antibodies and p24 antigens in blood. It is extremely accurate and can reliably detect HIV as soon as 1 month after a person contracts it.

had unprotected sex what to do

Whether you’ve noticed symptoms or not, you should get an STI test after two weeks after having unprotected sex. HIV tests should also be done based on the window period. For the majority of people, HIV testing will be accurate at four to six weeks after possible infection.

HIV RNA or fourth-generation HIV test is most accurate test and can detect HIV as early as 14 days following transmission by detecting HIV p24 antigen. HIV RNA viral load can be performed if an acute infection is suspected.

An HIV antibody test can determine if you have HIV from 3–12 weeks after infection. That’s because it can take a few weeks or longer for your immune system to make antibodies to HIV.

If you’ve been exposed to HIV, antigens will show up in your blood before HIV antibodies are made. This test can usually find HIV within 2–6 weeks of infection. The HIV antibody/antigen test is one of the most common types of HIV tests.

when to test for std

If you’ve had unprotected sex, it’s a good idea to get tested. Here’s how long after exposure we can get a reliable test result:
• 2 weeks: gonorrhea and chlamydia
• 1 week to 3 months: syphilis
• 6 weeks to 3 months: HIV, hepatitis C and B

where can i get hiv tested

We at DrSafeHands provide multiple HIV testing packages at reasonable prices according to your need along with post test tele counseling by our healthcare experts to solve your queries. Our services our confidential and non-judgemental.

where to go for std testing

We at DrSafeHands provide multiple STD testing packages at reasonable prices according to your need along with post test tele counseling by our healthcare experts to solve your queries. Our services our confidential and non-judgemental.

Ask from Doctor for right option for you

Dr Tanvi Gupta
Dr Tanvi is a public health professional. She has women related health issues in India as her major area of interest. She is currently engaged in an awareness programme about incidence of cancer among women in general and cervical cancer in particular.

Though a lot has been said and written about HIV/AIDS, what many people are not aware of is the fact that the other two STDs- Hepatitis B and C are equally deadly, if not more. In addition to making one prone to HIV infection, hepatitis itself is a rapidly progressing and fatal disease. Chronic hepatitis […]

How soon can I take a 4th generation HIV Test?