When my world changed

I am a young lady, an HIV positive young lady.
I am unfazed by my infection and live life to the fullest. Perhaps, I lead a more fulfilling life than “normal people”.
I understand life and appreciate life much better than anyone else.

I am all of 24 years old. I was diagnosed with HIV 6 months back. I was deeply in love with my guy and it was one of those romantic encounters that changed my life.
The shock of contracting HIV was not so hard to bear as was the loss of my loving relationship. My boyfriend (who was the primary source of my infection) left me. I was truly devastated.
Instead of fighting it together, he blamed it all on me.
The subsequent weeks was the worst time of my life. I could not eat or sleep. I would not talk with anyone. I kept on going back in my mind to the time when I had given in. As if, I could go back in time and change what had happened.

Finally, I decided to end it all. Put an end to the misery of every moment. It wasn’t easy.
I still remember vividly walking into my parents’ bedroom in the dead of the night.
They too were devastated. They were probably in as much pain as I was. Yet, they never showed any signs of despondency.
My dad had hugged me when I had broken the news to him.
When I was about to say my final goodbye, a sudden change came over me

In my mind, pictures of people who were struck with calamity much bigger than mine started rolling.
Perhaps, I was much better off!
And how much more pain could I inflict on my doting parents.

Suddenly, I could feel chills running down my spine. I was having goosebumps all over
And in that moment, I changed for good.

Next few weeks were spent on getting credible information on HIV and meeting a very supportive doctor.

I came to know that HIV is just like a lifestyle disease now. Just like diabetes or hypertension.
With the advances in medicine, I could expect a near normal lifespan.
And what’s more, I could still marry and have a normal baby.

I still feel weak at times. I still cry in the washroom sometimes.

I have conquered HIV. I am happy and today I have taken another decision.
I will help people living with HIV and bring joys to their lives in any possible way I can.

I urge you to take a pledge.Be nice to people with HIV. You will make a world of difference to their lives! 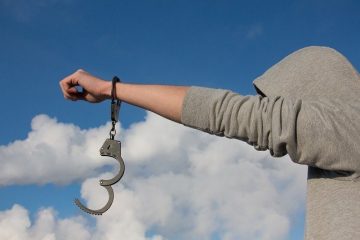 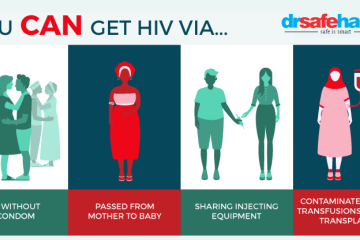 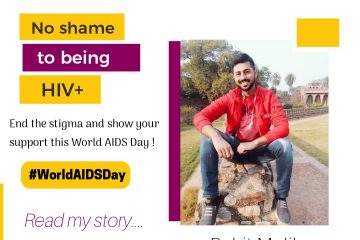 My Life with HIV | Rohit Malik